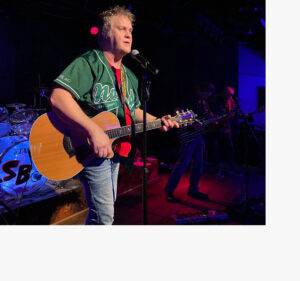 I’ve been lucky enough to perform with many groups over the years, including:

I am eternally grateful for too many people and things to mention – but among them are:

Speaking of brevity, I will end with a final heartfelt THANKS to all of you who are part of the Sugar Buzz family! Thank you for reading all the way to the end here, and I sure hope to see you soon!